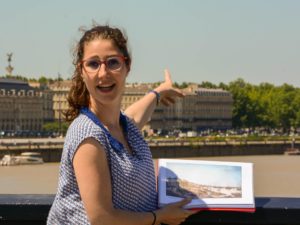 Never tried our small group tours from Bordeaux to understand what happened the last decades, in town and around ?

City of Bordeaux has evolved a lot since it was given the nickname of ‘Sleeping Beauty of the South West’ and that may be why aesthetes, epicureans (and even investors) have shown great interests in its transformation and made their own contributions…!

It is no longer a provincial town, characterized by its calm and tranquility, but a dynamic and modern metropolis, a melting pot of talents, ideas, inspirations, arts and finances, with its proud history and tradition.

In 2007, the city of Bordeaux was granted its UNESCO World Heritage Site status and was voted as the ‘Best European Destination’ in 2015. Today it is prized by travelers from all over the world for the perfect combination of a vibrant city life and poetic countryside renowned for its cuisine, vineyards and breathtaking coast.

During a guided tour that Bordeaux Discoveries offers, we accompany you to discover all the important historic landmark sand architecture as well as more unusual places of interest. Based on my knowledge of urban planning of the city, you will appreciate the connections between the classic side of the city and its modern development, as well as the evolution of the city and its surrounding areas over the past few hundred years. We will also inform you on the recent political, sociological and cultural changes that have taken place in the region in the last few years. 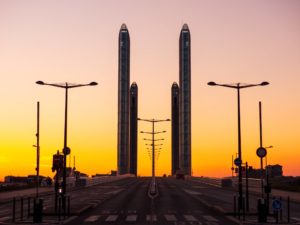 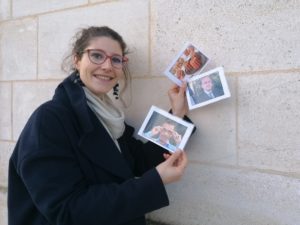 Have you just arrived in Bordeaux and have just put your bags down? You do not yet know what the city codes are, you do not yet have the best tips for parks and bars, or know where to go for a walk on weekends and the best restaurants for brunch on Sundays? Juppé, Chaban, the Pope Clément and the Philosopher Montaigne are only vague names of local personalities, but you’d like to know a bit more about their life and work?

Well, it is not a big deal… because I have got exactly what you need! I created a “survival kit” for Bordeaux newcomers! Just giving you the essential information about Bordeaux, from yesterday and today, about its functioning, its specificities and of course its food specialties…the ‘all you must know‘ to feel at ease !

Let’s learn together about local men, the events and gastronomy of Bordeaux, with 5 quizzes that I prepared for you. I guarantee a funny family experience, and an original way for newcomers to integrate into the community of Bordeaux. 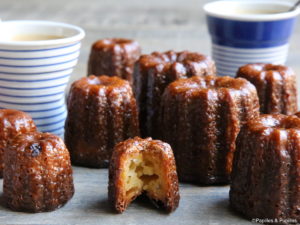 Discover the landmarks of the city center on a 2-hour walking tour, entertained by your guide and with some exclusive Virtual Reality experience of the historic center, as an option.

Visit Bordeaux city center and its neighboring districts on this 3.5-hour bike tour, in a flexible and casual manner, that would match your interests and sightseeing preferences.

Appreciate the evolution of the metropolis in a whole new way by bicycling along its major urban development sites and getting to know the emblematic and futuristic architecture: on this specific half-day tour!

We offer tailor-made tours with maximum flexibility in terms of length and activities of your choice. Take a break outside of Bordeaux, discover the local terroir, meet talented men and women from our region... let yourself be surprised!